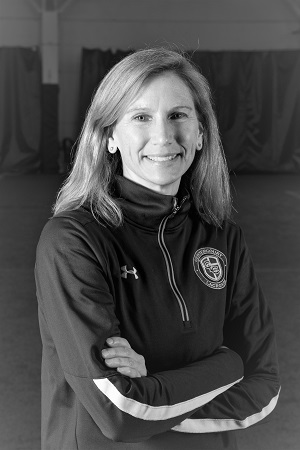 My favorite sports event/memory/moment is ... not one of my favorite memories, but definitely one of the most memorable for me and impactful as a coach.I was a sophomore at W&M and we had to beat UVA to enter the NCAA tournament. We were in double overtime. I was fouled and had an 8 meter shot. I had one of the best shots on the team and as I stepped on the line, I was confident the ball was going in the back of the net. Just prior to the whistle, the captain of the team yelled to me "Only take it if you know you have it!" When the whistle blew, I stepped away from the line and kept possession of the ball. After a short time, we turned the ball over and they went down and scored to win the game. I tell my players this story so that they will always believe in their abilities and play without having regrets. My biggest regret is not taking that shot. Whether it went in the goal or not, it was my shot to take. Support each other on the field and give each other confidence to succeed. Have no regrets and play without fear of making mistakes.

Kim Christos is the Founder and Managing Director of Centercourt Girls Lacrosse Programs and Club Teams. Her playing and coaching experience at the college, high school and youth levels makes her an ideal fit to guide and mentor our lacrosse athletes, coaches and directors.