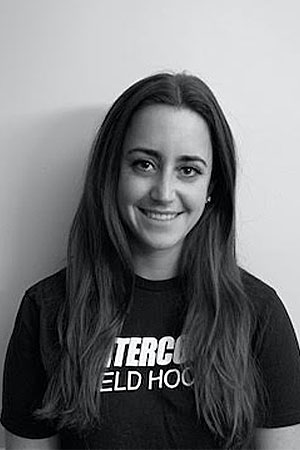 My favorite sports event/memory/moment is … when my team and coaches earned a spot to play in the NCAA DIII National Championship my senior year at Montclair State University.

Michelle Hagel earned her Bachelor’s Degree at Montclair State University. She currently works at her former school district, West Essex Regional High School, as a paraprofessional for the Special Education Department. Hagel is an assistant field hockey coach to the Montclair State Red Hawks. During the last three seasons at MSU, Hagel helped the Red Hawks remain in the Top 10 rankings for Division III. In 2018, with Hagel as an assistant coach, MSU earned one of the five at-large bids to host the first round of the NCAA tournament, making it their third straight appearance and eighth overall (two of those appearances during her time as a player for the Red Hawks). Hagel has helped numerous student-athletes to All-NJAC, All-Region, and All-American honors. She is involved in many of the off-field parts of the program including practice planning, scouting, and managing social media.